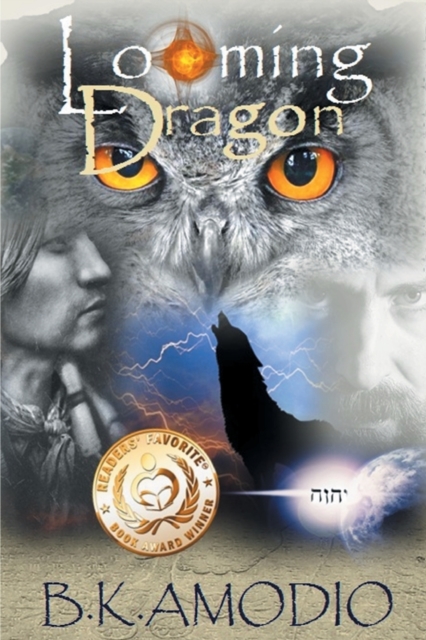 The Great Spiritual Mother has anointed Chief Cayce Taylor to be the tribe's shaman while in the midst of the apocalypse. He and his tribe have already been warned of the returning Dragon, but they've ignored the signs. While in Devil's Hanging, when a demon tries to kill Cayce, he's suddenly forced to take heed of his ancestors' warnings. Lilith is a Legion, the oldest of demons. She's the pet of Adsu Gulden, a Babylonian god who has miraculously survived unscathed for eight thousand years. They both hate Cayce's tribe, the Annanuki, the descendants of the biblical Seth. Adsu's pure Cain bloodline has been cursed by their God. He's now obsessed with destroying them before the looming Dragon floods the planet. The Annanuki council is oblivious of Adsu and Lilith as they prowl in the shadows of Elephant Butte, New Mexico. Cayce desperately fights to convince his people of Lilith and the looming Dragon; however, they chastise him and call him crazy. This divides the Annanuki council. Cayce is attacked by Shamish Taylor, the tribal elder, who's possessed by the demon bent on killing Cayce and taking the ancient tablet, the Tiponi, which contains the secrets of mankind's origins passed down from Atlantis, the home of Cain and Abel. Thankfully, there's hope for Cayce and the Annanuki. Their invisible God always protects the chosen people, because ever since the dawn of mankind, Yahweh has appointed powerful watchers. They're the Thwati, and these shape-shifters change everything. The watcher's leader, Pastor Billy Quallin, sniffs the demon Lilith out. He knows her. The pastor has hunted Legions before, and now he's tracking her. Amazingly, however, while on her scent, the mysterious pastor and his pack of shifters find something else quite intriguing: there's an ark, just like that of the days of Noah. This ark is named the AES Gulden, and it's a massive spacecraft, a spacecraft meant to save Adsu Gulden from the clutches of the Dragon as it comes again. Looming Dragon is a thrilling fantasy novel intertwined with a fantastic twist to popular theology. It's an intriguing novel, and readers will enjoy their journey with Cayce, a young Native American, as he unravels the true origins of mankind while facing earth's demise.
AutorAmodio, B K
EdituraPage Publishing, Inc.
Dimensiuni151 x 229 x 20
Data Publicarii12/04/2016
Format Necartonata
Numar pagini250
Aceasta este o carte in limba engleza. Descrierea cartii (tradusa din engleza cu Google Translate) este in limba romana din motive legale.
Marea Mama spirituala l-a uns pe seful Cayce Taylor ca saman al tribului in timp ce se afla in mijlocul apocalipsei. El si tribul sau au fost deja avertizati despre Dragonul care se intoarce, dar au ignorat semnele.
Ai adaugat Looming Dragon in cosul de cumparaturi.