Pagina principala Man on the Moon
-30% 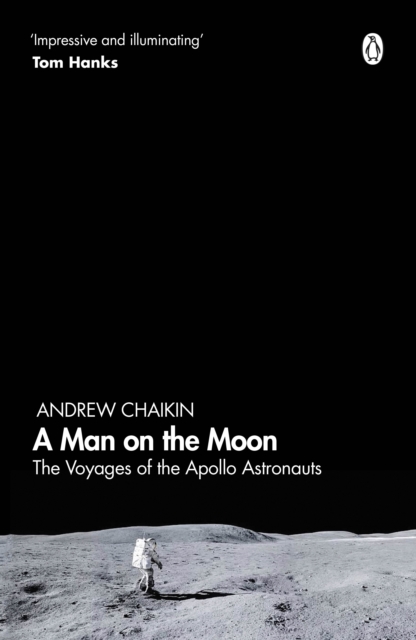 Man on the Moon

The race to the moon was won spectacularly by Apollo 11 on 20 July 1969. When astronauts Neil Armstrong and Buzz Aldrin took their 'giant leap for mankind' across a ghostly lunar landscape, they were watched by some 600 million people on Earth 240,000 miles away.

A Man on the Moon is the definitive account of the heroic Apollo programme: from the tragedy of the fire in Apollo 1 during a simulated launch, Apollo 8's bold pioneering flight around the moon, through to the euphoria of the first moonwalk, and to the discoveries made by the first scientist on the moon aboard Apollo 17.

Drawing on hundreds of hours of in-depth interviews with the astronauts and mission personnel, this is the story of the twentieth century's greatest human achievement, minute-by-minute, through the eyes of those who were there.

'An extraordinary book . . . Space, with its limitless boundaries, has the power to inspire, to change lives, to make the impossible happen. Chaikin's superb book demonstrates how' - Sunday Times

'A superb account . . . Apollo may be the only achievement by which our age is remembered a thousand years from now' - Arthur C. Clarke