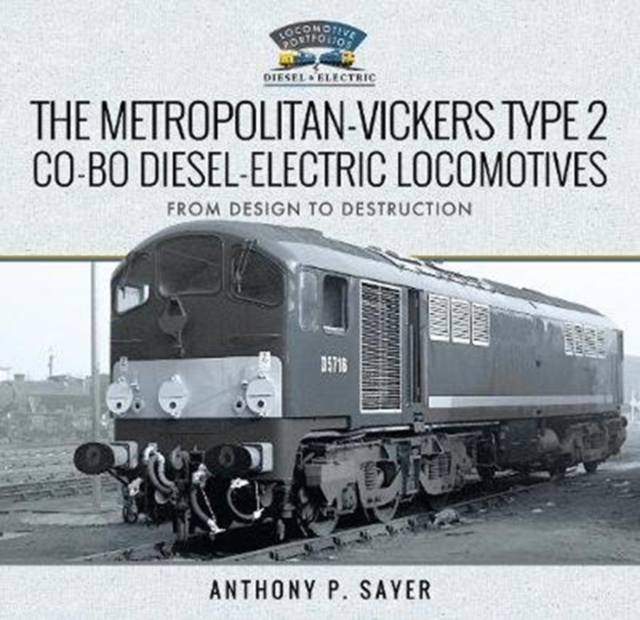 This book provides an in-depth history of the Metropolitan-Vickers diesel-electric Type 2 locomotives, more frequently known collectively as the "Co-Bo's" due to their unusual wheel arrangement. Twenty locomotives were constructed during the late-1950s for use on the London Midland Region of British Railways.

The fleet was fraught with difficulties from the start, most notably due to problems with their Crossley engines, this necessitating the need for extensive rehabilitation work during the early-1960s. Matters barely improved and the option to completely re-engine the locomotives with English Electric units was debated at length, but a downturn in traffic levels ultimately resulted in their demise by the end of 1968 prior to any further major rebuilding work being carried out.

Significant quantities of new archive and personal sighting information, supported by over 180 photographs and diagrams, have been brought together to allow dramatic new insights into this enigmatic class of locomotives, including the whole debate surrounding potential re-engining, their works histories, the extended periods in storage, together with in-depth reviews of the various detail differences and liveries.