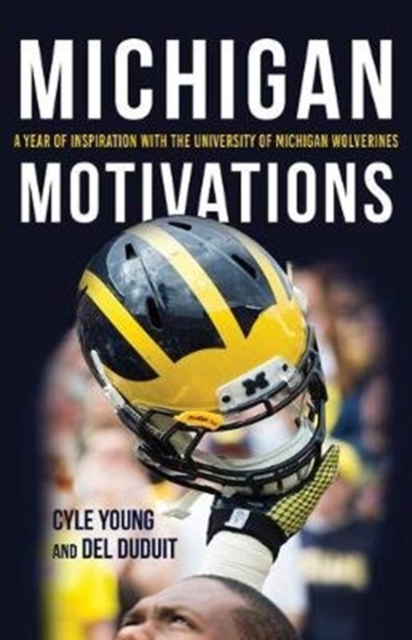 Over the past century, the Wolverines have created heroes and legends that excite both the young and old. From the first football game in 1879 to the hundreds of thousands of faithful fans that cheer on the most triumphant program in college football history, University of Michigan football has an undeniable legacy.

In Michigan Motivations: A Year of Inspiration with the University of Michigan Wolverines, authors Cyle Young and Del Duduit relive the most famous moments and show readers how they too can overcome adversity, find success, understand true teamwork, and much more. A year's worth of weekly stories will motivate and inspire, showcasing legendary players like Tom Harmon, Anthony Carter, Desmond Howard, Charles Woodson, and Tom Brady. Along the way, readers will also appreciate the Wolverine persistence that drove a 1934 team MVP to become the 38th President of the United States, and they will learn to apply that same Michigan character in their own life.

Michigan Motivations is for every fan that bleeds Maize and Blue. Rejoice at the stories that reveal come-from-behind victories, sigh at surprise losses, and scratch your head at how Ohio State went to the Rose Bowl in 1974.