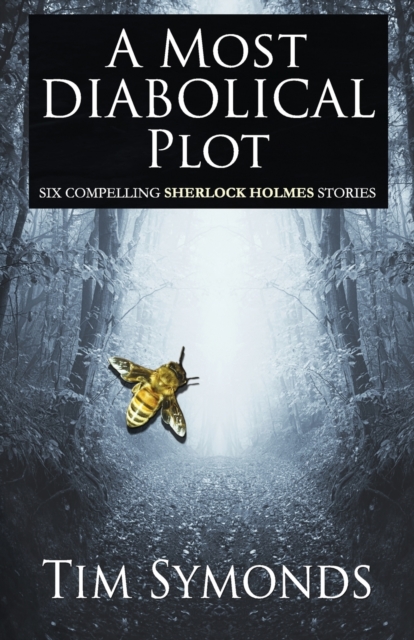 In the year 1903 - the exact moment is now lost to history - Sherlock Holmes proclaimed to the world he was quitting England's Capital to go into retirement on a small, wind-swept farm in the Sussex South Downs. His shocked comrade-in-arms Dr. John H. Watson was later to write, 'The decision took me utterly by surprise. I thought I had become an institution around Holmes, like his Stradivarius, or the old, oily black clay pipe and his index books.' Reluctantly Watson wrote up three recent cases yet unpublished and returned to his medical practice. Holmes retirement didn't last long. Once more his faithful Amanuensis Watson took up his pen - and his Army Service revolver. The result was three more of the most intriguing cases ever undertaken by the famous pair. All six adventures have now been brought together in this special edition.

A Most Diabolical Plot. 'Not 'til the day the bugle blows for me shall I forget the most diabolical attempt ever made on my friend Sherlock Holmes's life.'

The Ghost of Dorset House. 'At eight o'clock on an April evening in 1894 a ghost came upon an intruder in a great London mansion and chased him through pitch-black staterooms and corridors.'

The Captain in the Duke of Wellington's Regiment. 'A ceremonial half-guard composed of six or seven men in the uniform of the Duke's Regiment was forming on the mansion's terrace, each soldier glancing through the barrel of his rifle to check for cleanliness. I turned the opera glasses on them.'

Die Weisse Frau. 'McCoy was waiting with an impatient air. On catching sight of me, he trotted up with the second horse. With a glance around but hardly a word of greeting, he cantered off, remaining silent until the horses had broken a little sweat.'

The Pegasus Affair. 'An envelope arrived at the surgery containing a newspaper cutting from The Eastbourne Chronicle, headed Grand National Horse Race To Be Run For The First Time Away From Aintree.'

The Mystery of the Missing Artefacts. 'The heavy door of my cell swung open. Rather than the surly Turkish warder bringing a once-daily bowl of watery grey soup, a visitor from the outside world stood there.'