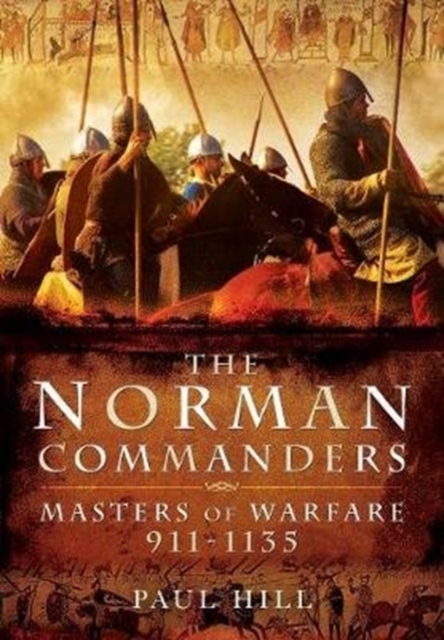 Robert Guiscard, William the Conqueror, Roger I of Sicily, and Bohemond Prince of Antioch are just four of the exceptional Norman commanders who not only led their armies to victory in battle but also, through military force, created their own kingdoms in the eleventh and twelfth centuries. Their single-minded and aggressive leadership, and the organization, discipline and fighting qualities of their armies, marked them out from their Viking forebears and from many of the armed forces that stood against them.

Their brilliant careers, and those of Robert Curthose, William Rufus, Richard I of Capua and Henry I of England, are the subject of Paul Hills latest study of medieval warfare. In a narrative packed with detail and insight, and with a wide-ranging understanding of the fighting methods and military ethos of the period, he traces the course of their conquests, focusing on them as individual commanders and on their achievements on the battlefield.

The military context of their campaigns, and the conditions of warfare in France and England, in southern Italy and Sicily, and in the Near East, are vividly described, as are their decisive operations and sieges among them Hastings, Brmule, Tinchebrai, Civitate, Misilmeri, Dyrrhachium and the Siege of Antioch. There is no doubt that the Normans success in war depended upon the leadership qualities and military capabilities of the commanders as well as the special strengths of the armies they led. Paul Hills accessible and authoritative account offers a fascinating portrait of these masters of warfare.