Pagina principala O Joy for me! 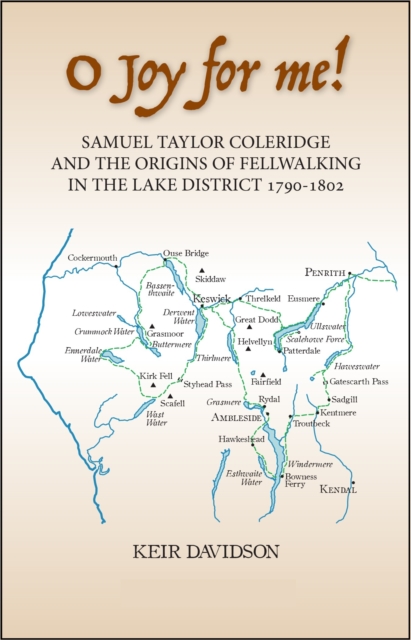 Until the mid-eighteenth century Britain's barren mountains were regarded with fear by all thoughtful people. The romantic movement, with its cult of the 'sublime' and of the 'picturesque', modified this perception, and the mountainous regions of Wales, the Lake District, and even Scotland, became fashionable to visit and to admire for their 'beauty, horror and immensity'. But these tourists never left the well-beaten and recommended path. They did not venture into the hills themselves. Only miners and quarrymen, or shepherds with sheep to find, or pack-horse drivers did that. And when the first eccentric visitors asked to be guided to the summits the locals were amazed and bemused.
When Coleridge, wild, unconventional and physically fearless, arrived to join the Wordsworths in the Lakes in 1799, he immediately set out onto the high fells on his own. His records of these explorations, in his notes and in letters, particularly to his beloved but unattainable Sara Hutchinson, provide a totally new and modern appreciation and understanding of the mountain landscape. Helvellyn, Skiddaw and most of the now popular summits were visited by him alone, without maps or any equipment beyond his notebook in which he scribbled his impressions and his reactions - 'O joy for me' he jotted on first seeing Ullswater from the top of Great Dodd.
It was not til the very end of the nineteenth century that solitary walking on the fells became acceptable, and then, almost overnight, universally popular and fashionable.