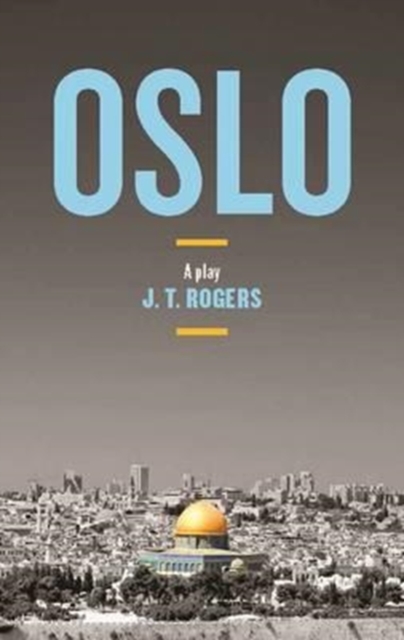 “The stuff of crackling theater. Combining investigative zeal and theatrical imagination with insider access, Oslo invites you into the chambers where the Oslo Accords between Israel and the Palestinian Liberation Organization were forged during nine fraught months in 1993.” — New York Times

When the Israeli prime minister and the chairman of the Palestine Liberation Organization shook hands on the White House lawn in 1993, the world watched in awe. Oslo tells the story of the key people who orchestrated this momentous occasion, emphasizing the intricate (and sometimes comical) human journey that led to this historic event. The diplomats and politicians from Israel, Palestine, Norway, and America who participated in the behind-the-scenes discussions come to life in Rogers’ wonderfully complex characters. As much a story about people as politics, Oslo casts a bright light on the humans behind the history.

Oslo premiered in the fall of 2016 in a sold-out run at Lincoln Center and opens on Broadway in April 2017.

J.T. Rogers’ plays include Blood and Gifts, The Overwhelming, White People, and Madagascar. He was nominated for a 2009 Olivier Award for his work as one of the original playwrights for The Great Game: Afghanistan. He is a 2012 Guggenheim fellow in playwriting. Other recent awards include NEA/TCG and NYFA fellowships, the Pinter Review Prize for Drama, the American Theatre Critics Association’s Osborne Award, and the William Inge Center for the Arts’ New Voices Award.