Pagina principala Other Side of the Divide 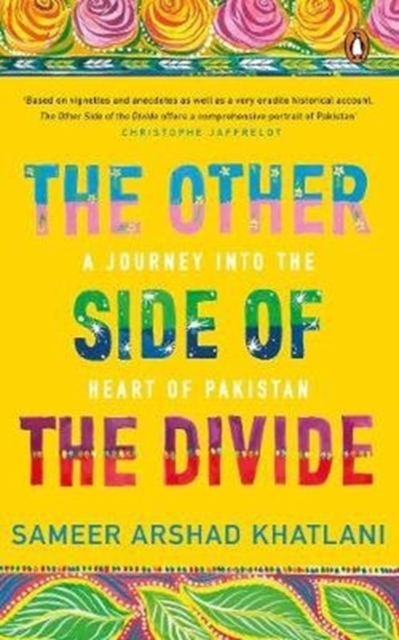 Other Side of the Divide

Pegged on journalist Sameer Arshad Khatlani's visit to Pakistan, this book provides insights into the country beyond what we already know about it. These include details on the impact of India's soft power, thanks to Bollywood, and the remnants of Pakistan's multireligious past, and how it frittered away advantages of impressive growth in the first three decades of its existence by embracing religious conservatism.
The book profiles extraordinary people-lawyers, poets, musicians and even a former military chief-who stood up to an oppressive state. It has historical anecdotes, like the story of an ordinary woman who became the 'muse and mistress', and often the 'brains behind the regime of a swinging general' who led Pakistan to ignominy in the 1971 war, that of a Sikh family which dared to swim against the tide to stay back in Pakistan after Partition, and a prostitute's son who uses his art to humanize commercial sex workers in defiance of a conservative society.
The book attempts to present a contemporary portrait of Pakistan-where prohibition remains only on paper and one of the biggest taxpayers is a Parsee-owned brewery-as a complicated and conflicted country suspended between tradition and modernity.

Ai adaugat Other Side of the Divide la lista ta de produse favorite.