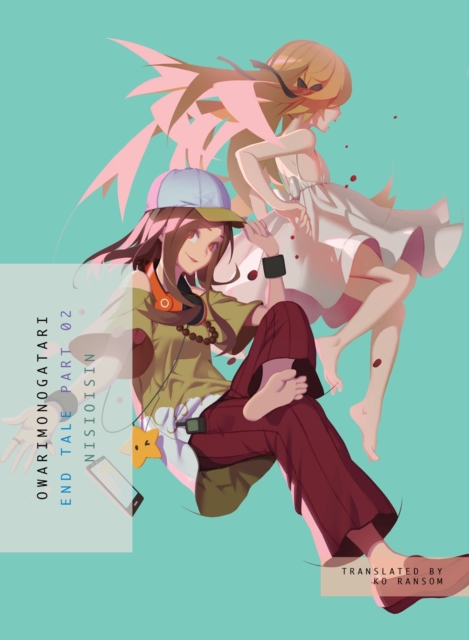 When an old flame who gave up on life and chose to go up in flames—because he wanted to leave you but couldn’t—comes crawling back after four hundred years, you might not appreciate it, especially if you’re in a new relationship. But nothing’s ever simple between people, and that’s even truer between monsters.
For the first time in months, our heroic loser Araragi is human, parted by previous events from the ex-legendary vampire bound to his shadow. Before he, the second-ever thrall of the former Kissshot, can resume his partnership with the donut-loving waif that she’s turned into, she must make a choice—about that first-ever.
Before the End Tale can end, some loose ends must be tied, and in this volume, the fixer Gaen calls in her favor, requesting an introduction to her niece; the errand of the amulet that Araragi ran with Kanbaru comes into crisp focus; and the time-traveling and -spanning Dandy and Demon Tales see their devastating resolution.