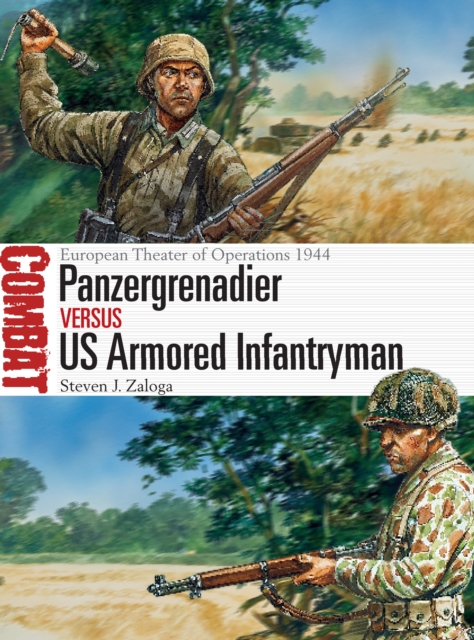 Panzergrenadier vs US Armored Infantryman

During World War II, the two preeminent mechanized infantry forces of the conflict, the German Panzergrenadier arm and the U.S. Army's armored infantrymen clashed in France and Belgium after the Normandy landings. These engagements went on to profoundly influence the use of mechanized infantry in the postwar world. Drawing upon a variety of sources, this book focuses on three key encounters between July and December of 1944 including during Operation Cobra and the Battle of the Bulge, and examines the origins, equipment, doctrine, and combat record of both forces.

With specially commissioned full-color artwork and maps, this study casts light on the evolving nature of mechanized warfare at the height of World War II