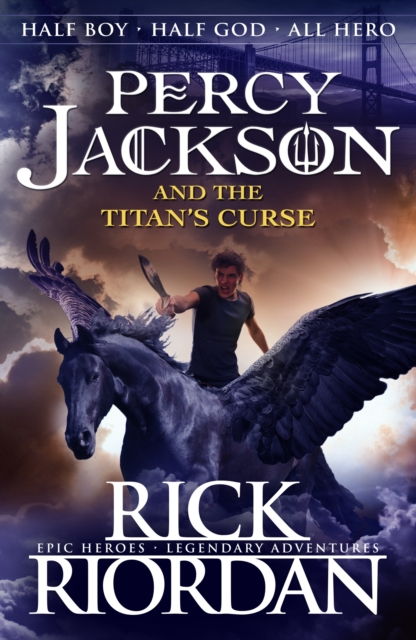 Coming soon to Disney+!Half boy. Half God. ALL Hero.

My life could have been the same as an ordinary teenager. Except my dad is Poseidon, and I live in a camp full of half Gods and mythical creatures. So instead, my days are spent combatting half-lion half-humans and trying to live a somewhat normal life.

But normalcy has just gone out the window. My friend Annabeth is missing, a Goddess is in chains, and only five of us can join the quest to save the day. Oh and guess what.

The Oracle has predicted that not all of us will survive... WHAT TO EXPECT FROM PERCY JACKSON:* Monsters* Greek Gods* Laughs (and terrified screams) Rick Riordan has now sold an incredible 60 million copies of his books worldwide. 'This is the stuff of legends' - The Guardian