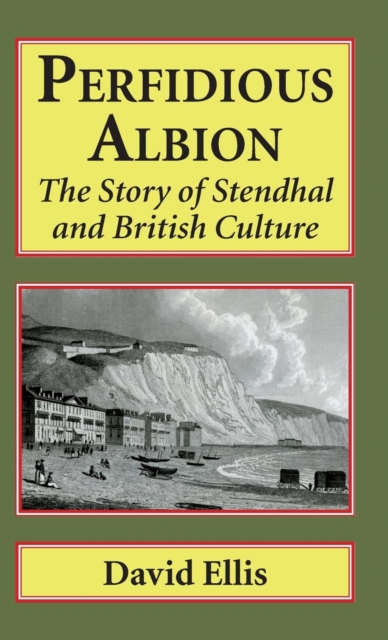 "What to make of the British?" is a question that puzzled Stendhal throughout his whole life. In this new work, which is both a biography and an exercise in cultural history, David Ellis brings to bear on the issues it raises much new and unfamiliar information. Italy is the foreign country with which Stendhal is most commonly associated. The multiplicity of his Italian connections makes it less surprising that so much has been written about them, and so comparatively little about his consuming interest in British culture. Yet this book makes a strong case for believing that Britain mattered just as much to him, if not often more, than Italy, especially as far as his interest in literature and politics is concerned. In these days when Anglo-French relations are about to enter a new phase, much of what is discussed here remains surprisingly relevant. After the fall of Napoleon, and the restoration of British links with the European continent, Stendhal was by no means the only French writer who was anxious to know more about this comparatively small island which had emerged victorious from more than twenty years of warfare. How had the wealth that had financed so many alliances against the French Empire been generated and what were the consequences of rapid industrialisation on the country's social fabric? More importantly, how had it managed to be so effective and influential when power was not in the hands of a single authority but divided between a king and two houses of parliament? These were questions which Stendhal felt were highly relevant, not only to the political future of his own country but also to Europe in general. As a writer, he was however also fascinated by Britain's literature, both of the past and present. From the beginning of his literary education, Shakespeare struck him as the most impressive dramatist he had ever read and when he himself made a modest entry on the literary scene, after Waterloo, the most famous poet in Europe was Byron. Among many other matters, Ellis examines the significance of Stendhal's meeting with Byron and the impact on him of the novels of Scott, at a time when these two writers were dominating the European scene. He describes the efforts Stendhal made to learn enough English to be able to read in the original, not only both of these contemporary writers but Shakespeare, Fielding as well as many other British authors from the past. He shows how the political ideas about Britain which Stendhal had developed during the years of separation were modified by personal contacts, new reading and the three trips he made across the Channel in the 1820s. That was the decade when he was also writing hundreds of articles for publication in London journals and it is in these years especially that Stendhal's own literary development is intertwined with his numerous British contacts (who include Hazlitt). At the end of his book, Ellis reflects on how far the relationship was reciprocal. That is to say that it is one thing to investigate what Stendhal thought of the British as well as what he might have gained from them, which is the major part of this study; and another to wonder what they could gain from him.
AutorEllis, David
EdituraEdward Everett Root
Dimensiuni148 x 223 x 20
Data Publicarii31/03/2018
Format Cartonata
Numar pagini
Aceasta este o carte in limba engleza. Descrierea cartii (tradusa din engleza cu Google Translate) este in limba romana din motive legale.
- Ce sa facem britanicilor? este o intrebare care l-a nedumerit pe Stendhal de-a lungul intregii sale vieti. In aceasta noua lucrare, care este atat o biografie, cat si un exercitiu de istorie culturala, David Ellis aduce in discutie problemele pe care le ridica multe informatii noi si necunoscute.
Ai adaugat Perfidious Albion in cosul de cumparaturi.