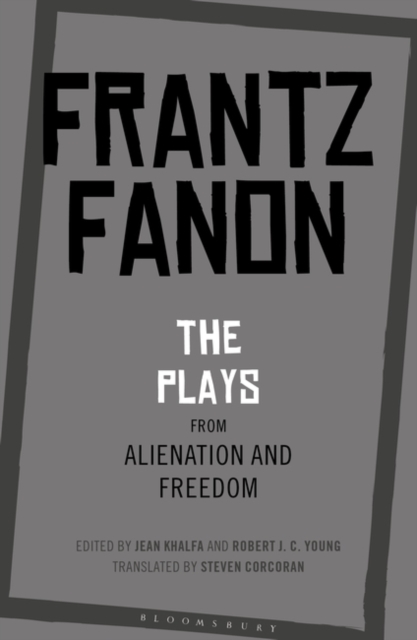 Plays from Alienation and Freedom

Prior to becoming a psychiatrist, Frantz Fanon wanted to be a playwright and his interest in dialogue, narrative and metaphor continued throughout his writing and career. His interest in theatre developed during the years that he was studying medicine, and in 1949 he wrote the plays The Drowning Eye (L'Oeil se noie), and Parallel Hands (Les Mains parallèles). These texts were rumoured to exist, but were thought to have been lost forever until their discovery and release in French in 2016. This first English translation of the texts offers an extraordinary insight into Fanon's thinking and preoccupations as a young man.
Inspired by nineteenth and twentieth- century existentialist philosophers such as Friedrich Nietzsche, Søren Kierkegaard, Jean-Paul Sartre and Albert Camus, Fanon's plays explore experiential preoccupations with consciousness and identity. The Drowning Eye is one of Fanon's earliest explorations of race and is seen to offer a forceful rejection of the contemporary négritude movement of intellectuals such as Aimé Césaire and Léon Damas. In it, Fanon posits that those of a different ethnicity should not be objectified and matters of difference should be matters of indifference. Parallel Heads represents some of Fanon's most experimental writing. It is a four-act tragedy written in the style of Ancient Greek drama and includes the killing of a king and strong and determined female characters, who frequently criticise their male counterparts. The inclusion of such tropes has been interpreted by critics as the killing of the white, male Father and Fanon's own indictment of masculine patriarchy, thus supporting the theory that despite his engagement with different genres, a rich revolutionary seam runs throughout his work.
The imaginative and violent vocabulary used throughout the plays gives us a totally different kind of Fanon to the writer we encounter later in The Wretched of the Earth. In this unique view of one of the most important political voices of the twentieth century, Alienation and Freedom: The Plays shows us Fanon at his most lyrical, experimental and yet, provocative.