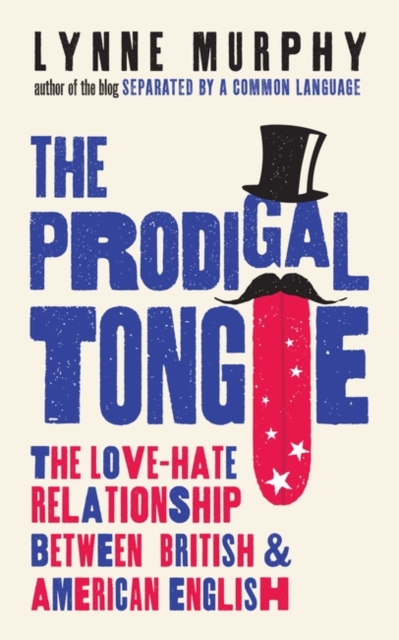 "If Shakespeare were alive today, he'd sound like an American."
"English accents are the sexiest."
"Americans have ruined the English language."
"Technology means everyone will have to speak the same English."

Such claims about the English language are often repeated but rarely examined. Professor Lynne Murphy is on the linguistic front line. In The Prodigal Tongue she explores the fiction and reality of the special relationship between British and American English. By examining the causes and symptoms of American Verbal Inferiority Complex and its flipside, British Verbal Superiority Complex, Murphy unravels the prejudices, stereotypes and insecurities that shape our attitudes to our own language.

With great humo(u)r and new insights, Lynne Murphy looks at the social, political and linguistic forces that have driven American and British English in different directions: how Americans got from centre to center, why British accents are growing away from American ones, and what different things we mean when we say estate, frown, or middle class. Is anyone winning this war of the words? Will Yanks and Brits ever really understand each other?