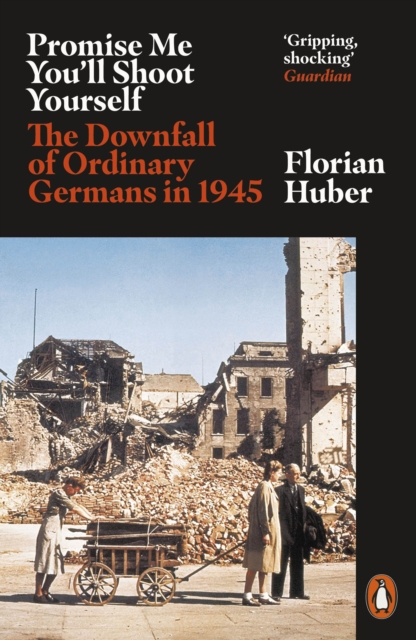 Promise Me You'll Shoot Yourself

THE ASTOUNDING TRUE STORY OF HOW THOUSANDS OF ORDINARY GERMANS, OVERCOME BY SHAME, GUILT, AND FEAR, KILLED THEMSELVES AFTER THE FALL OF THE THIRD REICH AND THE END OF WORLD WAR II.

By the end of April 1945 in Germany, the Third Reich had fallen and invasion was underway. As the Red Army advanced, horrifying stories spread about the depravity of its soldiers. For many German people, there seemed to be nothing left but disgrace despair. For tens of thousands of them, the only option was to choose death - for themselves, and for their children.

"PROMISE ME YOU'LL SHOOT YOURSELF" recounts this little-known mass event. using diaries, letters and memoir, historian florian Huber traces the euphoria of many ordinary germans as Hitler restored national pride; their indifference as the Führer's political enemies, Jews, and other minorities began to suffer; and the descent into despair as the war took its terrible toll, especially after the invasion of the Soviet Union. Above all, he investigates how suicide became a contagious epidemic as the country collapsed.

Drawing on eyewitness accounts and other primary sources, "PROMISE ME YOU'LL SHOOT YOURSELF" presents a riveting portrait of a nation in crisis, and sheds light on a dramatic yet largely unknown episode of postwar Germany.