Pagina principala Promises of the Political 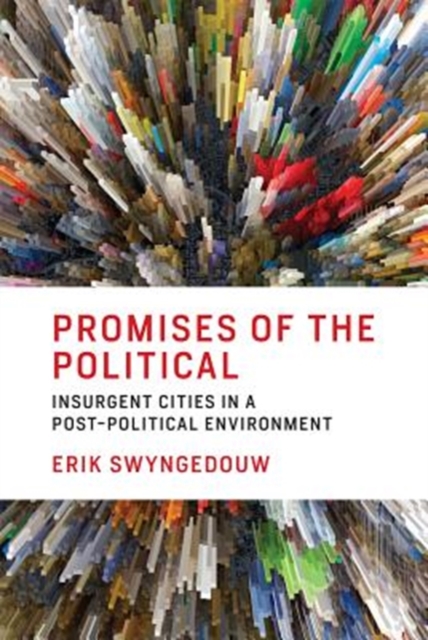 Promises of the Political

The possibility of a new emancipatory and democratizing politics, explored through the lens of recent urban insurgencies.In Promises of the Political, Erik Swyngedouw explores whether progressive and emancipatory politics is still possible in a post-political era. Activists and scholars have developed the concept of post-politicization to describe the process by which "the political" is replaced by techno-managerial governance. If the political domain has been systematically narrowed into a managerial apparatus in which consensual governance prevails, where can we find any possibility of a new democratic politics? Swyngedouw examines this question through the lens of recent urban insurgencies. In Zuccotti Park, Paternoster Square, Taksim Square, Tahrir Square, Hong Kong, and elsewhere, he argues, insurgents have gathered to choreograph new configurations of the democratic.

Swyngedouw grounds his argument in urban and ecological processes, struggles, and conflicts through which post-politicization has become institutionally entrenched. He casts "the city" and "nature" as emblematic of the construction of post-democratic modes of governance. He describes the disappearance of the urban polis into the politics of neoliberal planetary urbanization; and he argues that the political-managerial framing of "nature" and the environment contributes to the formation of depoliticized governance--most notably in the impotent politics of climate change. Finally, he explores the possibilities for a reassertion of the political, considering whether--after the squares are cleared, the tents folded, and everyday life resumes--the urban uprisings of the last several years signal a return of the political.