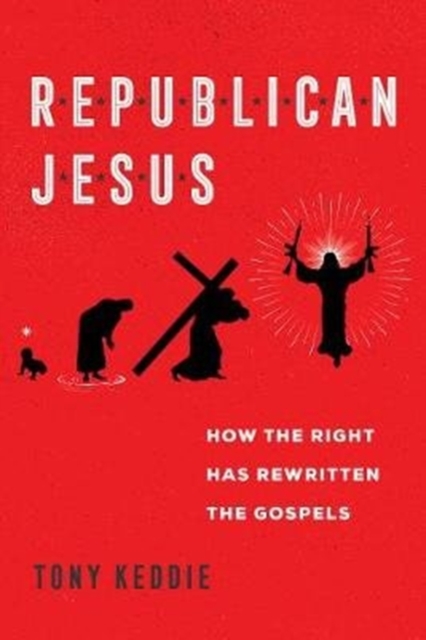 The complete guide to debunking right-wing misinterpretations of the Bible—from economics and immigration to gender and sexuality.

Jesus loves borders, guns, unborn babies, and economic prosperity and hates homosexuality, taxes, welfare, and universal healthcare—or so say many Republican politicians, pundits, and preachers. Through outrageous misreadings of the New Testament gospels that started almost a century ago, conservative influencers have conjured a version of Jesus who speaks to their fears, desires, and resentments.

In Republican Jesus, Tony Keddie explains not only where this right-wing Christ came from and what he stands for but also why this version of Jesus is a fraud. By restoring Republicans’ cherry-picked gospel texts to their original literary and historical contexts, Keddie dismantles the biblical basis for Republican positions on hot-button issues like Big Government, taxation, abortion, immigration, and climate change. At the same time, he introduces readers to an ancient Jesus whose life experiences and ethics were totally unlike those of modern Americans, conservatives and liberals alike.