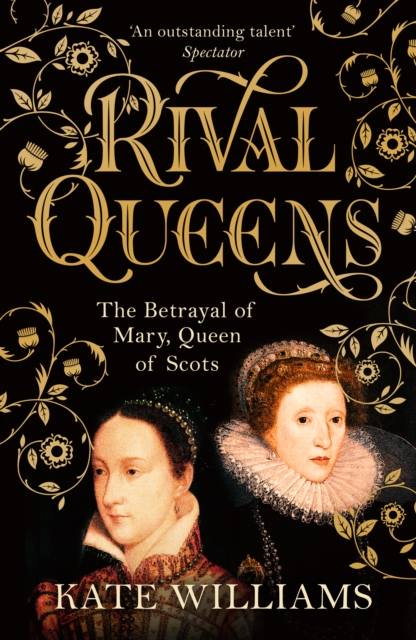 Elizabeth and Mary: cousins, rivals, queens. They loved each other, they hated each other - they could never escape one another. Kate Williams's thrilling new history tells the story of Elizabeth I of England and her betrayal of Mary, Queen of Scots. At the end of the Tudor era, here were two women on two thrones. But this was a man's world and many believed that no woman should govern. All around Elizabeth and Mary were sycophants, spies and detractors who wanted their power, their favour and their bodies. And so they became one another's closest confidants in the struggle to be both women and queens. Alliances were few, but for many years theirs survived - until the forces rising against them, and the struggles of love and dynasty, drove them apart. It was a schism that would end in secret assassination plots, devastating betrayal and, eventually, the signing of Mary's death warrant in Elizabeth's hand. Kate Williams' Rival Queens offers an electrifying new perspective on Elizabeth and Mary, and the most important relationship of their lives - that which they had with one another.
AutorWilliams, Kate
EdituraCornerstone
Dimensiuni240 x 176 x 36
Data Publicarii15/09/2018
Format Cartonata
Numar pagini384
Aceasta este o carte in limba engleza. Descrierea cartii (tradusa din engleza cu Google Translate) este in limba romana din motive legale.
Elizabeth si Mary: veri, rivale, regine. S-au iubit, s-au urat - nu s-au putut scapa niciodata unul de altul.
Ai adaugat Rival Queens in cosul de cumparaturi.