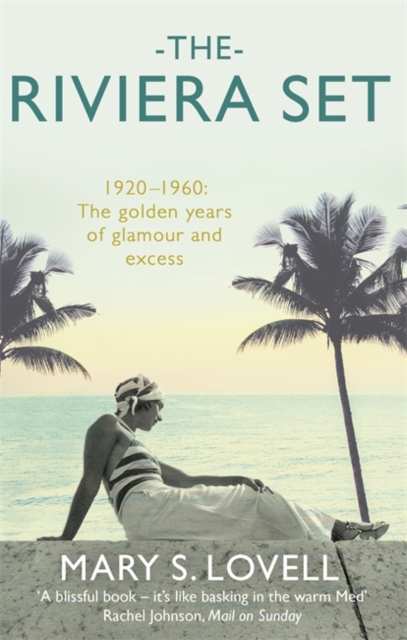 The Riviera Set is the story of the group of people who lived, partied, bed-hopped and politicked at the Château de l'Horizon near Cannes, over the course of forty years from the time when Coco Chanel made southern French tans fashionable in the twenties to the death of the playboy Prince Aly Khan in 1960. At the heart of this was the amazing Maxine Elliott, the daughter of a fisherman from Connecticut, who built the beautiful art deco Château and brought together the likes of Noel Coward, the Aga Khan, the Windsors and two very saucy courtesans, Doris Castlerosse and Daisy Fellowes, who set out to be dangerous distractions to Winston Churchill as he worked on his journalism and biographies during his 'wilderness years' in the thirties.

After the War the story continued as the Château changed hands and Prince Aly Khan used it to entertain the Hollywood set, as well as launch his seduction of and eventual marriage to Rita Hayworth.

Mary Lovell tells her story of high society behaviour with tremendous brio and relish, and this book has all the charm and fascination of her bestselling The Mitford Girls and The Churchills.