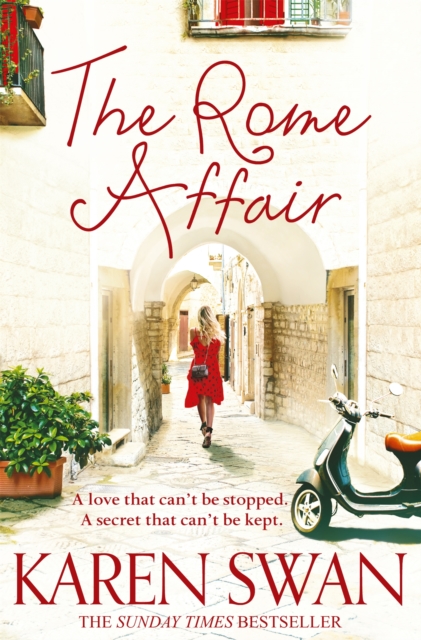 Another compulsive, page-turning novel from the internationally bestselling author of The Paris Secret.

The glamorous capital city of Italy is brought to startling life in The Rome Affair, a compelling summer novel by Karen Swan.

1974 and Elena Damiani lives a gilded life. Born to wealth and a noted beauty, no door is closed to her, no man can resist her. At twenty-six, she is already onto her third husband when she meets her love match. But he is the one man she can never have, and all the beauty and money in the world can't change it.

2017 and Francesca Hackett is living la dolce vita in Rome, leading tourist groups around the Eternal City and forgetting the ghosts she left behind in London. When she finds a stolen designer handbag in her dustbin and returns it, she is brought into the orbit of her grand neighbour who lives across the piazza - famed socialite Viscontessa Elena dei Damiani Pignatelli della Mirandola. Though the purse is stolen, Elena greets the return of the bag with exultation for it contains an unopened letter written by her husband on his deathbed, twelve years earlier.

Mutually intrigued by each other, the two women agree to collaborate on a project, with Cesca interviewing Elena for her memoirs. As summer unfurls, Elena tells her sensational stories, leaving Cesca in her thrall. But when a priceless diamond ring found in an ancient tunnel below the city streets is ascribed to Elena, Cesca begins to suspect a shocking secret at the heart of Elena's life.