Pagina principala Science and the Good 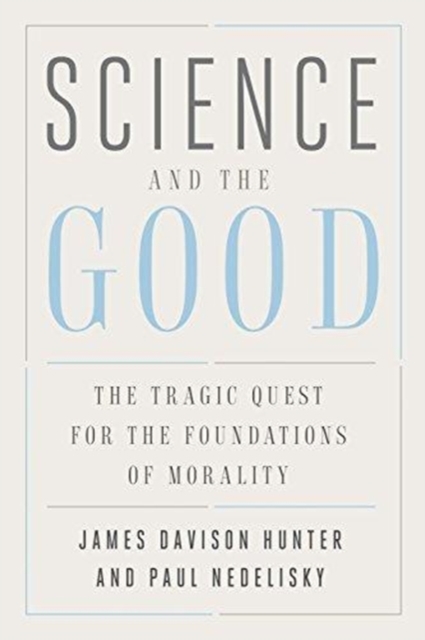 Science and the Good

In this illuminating book, James Davison Hunter and Paul Nedelisky trace the origins and development of the centuries-long, passionate, but ultimately failed quest to discover a scientific foundation for morality. The “new moral science” led by such figures as E. O. Wilson, Patricia Churchland, Sam Harris, Jonathan Haidt, and Joshua Greene is only the newest manifestation of that quest. Though claims for its accomplishments are often wildly exaggerated, this new iteration has been no more successful than its predecessors. But rather than giving up in the face of this failure, the new moral science has taken a surprising turn. Whereas earlier efforts sought to demonstrate what is right and wrong, the new moral scientists have concluded, ironically, that right and wrong don’t actually exist. Their (perhaps unwitting) moral nihilism turns the science of morality into a social engineering project. If there is nothing moral for science to discover, the science of morality becomes, at best, a feeble program to achieve arbitrary societal goals. Concise and rigorously argued, Science and the Good is a definitive critique of a would-be science that has gained extraordinary influence in public discourse today and an exposé of that project’s darker turn.