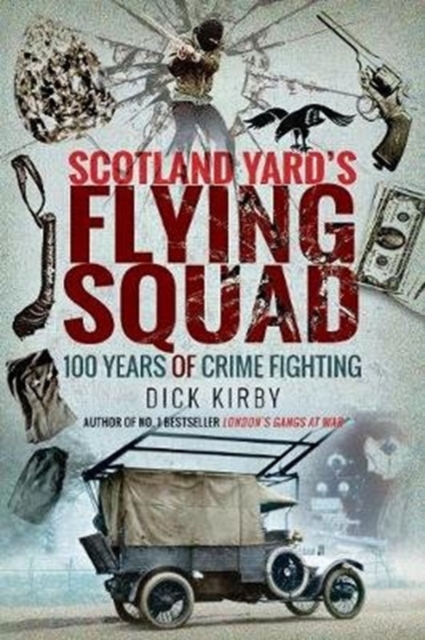 Since 1919, Scotland Yard's Flying Squad has been in the forefront of the war against crime. From patrolling London's streets in horse-drawn wagons, it has progressed to the use of the most sophisticated surveillance and crime-fighting equipment.

Between the Wars, the Squad targeted protection gangs who infested British racecourses and greyhound tracks. The highly effective Ghost Squad was formed to tackle black-marketeering in the aftermath of the Second World War.

As crime figures soared in the 1950s and '60s the Flying Squad, as C8 Department was now known became involved in the most serious cases nationwide - The Great Train Robbery, Brink's Mat, The Millennium Dome and Hatton Garden heists. As always, the Squad concentrated on ambushing and arresting armed robbers in the act as, in police parlance, they 'went across the pavement'.

Despite many high-profile successes, allegations of corruption have haunted the Flying Squad and after the conviction of officers in 2001 there was a very real possibility of disbandment.

Yet this most famous of police units survived and today continues to fight and be feared by the hardest of criminals.

Drawing on first-hand accounts, Dick Kirby has put together a thrilling book that proves that fact is way better than fiction.