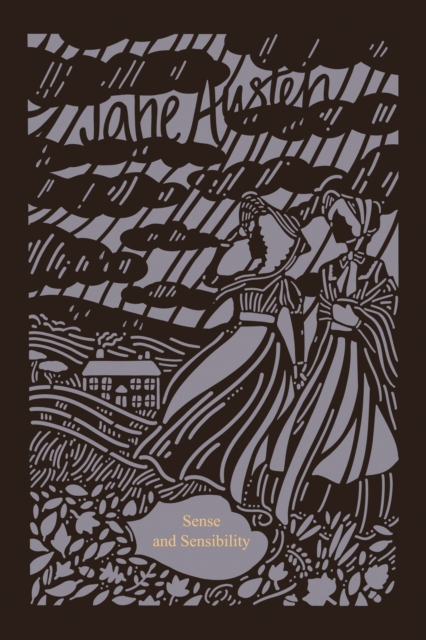 A fine exclusive edition of one of literature's most beloved stories. Featuring a laser-cut jacket on a textured book with foil stamping, all titles in this series will be first editions. No more than 10,000 copies will be printed, and each will be individually numbered from 1 to 10,000.

* Now with bonus bookmark"Dear, dear Norland," said Elinor, "probably looks much as it always does at this time of the year. The woods and walks thickly covered with dead leaves.""Oh," cried Marianne, "with what transporting sensation have I formerly seen them fall! How have I delighted, as I walked, to see them driven in showers about me by the wind! What feelings have they, the season, the air altogether inspired! Now there is no one to regard them. They are seen only as a nuisance, swept hastily off, and driven as much as possible from the sight.""It is not every one," said Elinor, "who has your passion for dead leaves."For Elinor Dashwood, sensible and sensitive, and her romantic, impetuous younger sister Marianne, the prospect of marrying the men they love appears remote.

In a world ruled by money and self-interest, the Dashwood sisters have neither fortune nor connections. Concerned for others and for social proprieties, Elinor is ill-equipped to compete with self-centered fortune-hunters like Lucy Steele, while Marianne's unswerving belief in the truth of her own feelings makes her more dangerously susceptible to the designs of unscrupulous men. Sense and Sensibility by Jane Austen (Seasons Edition - Fall) is one of four titles available in September 2021.

The Fall season set also will include Anne of Green Gables, Dracula, and The Shakespeare Collection.