Pagina principala Shadows On The Grave 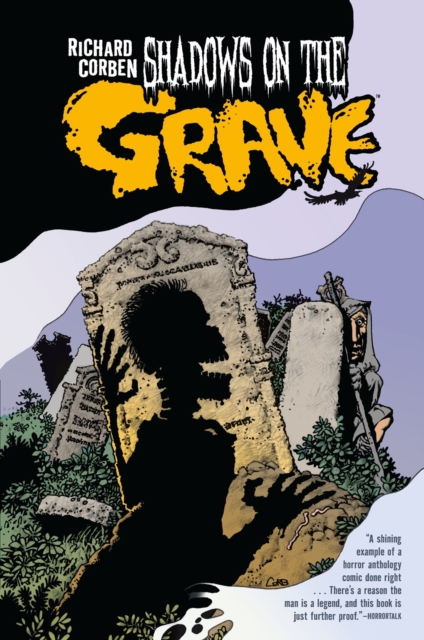 Shadows On The Grave

Richard Corben follows up 2014's Spirits of the Dead with a new collection of original short stories, ranging from gothic tales worthy of Poe, to Twilight Zone-style encounters with the weird, to a full-length fantasy epic featuring a barbarian reminiscent of Corben's most notorious creation, Den, immortalized in the 1981 animated film Heavy Metal.

Corben rose to prominence with short horror and science fiction stories in the early 1970s in Creepy and Eerie, which were later collected in Creepy Presents Richard Corben. He remains one of the most important voices in horror comics. In 2009 he won the Eisner for Best Miniseries as well as being named Spectrum's Grand Master, one of illustration's most prominent awards. In 2011 he won the Eisner for Best Oneshot, and the following year he was inducted in the Will Eisner Hall of Fame.