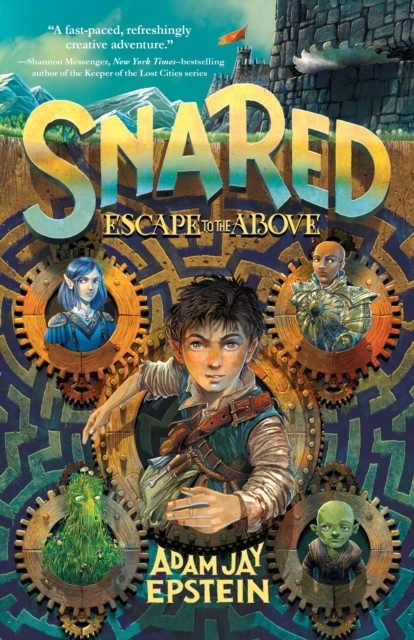 He has never seen the sun, or blue sky, or even his parents. Wily Snare lives underground, creating traps to keep treasure-seekers away from the gold in an ancient wizard’s dungeon. He spends his days mopping up giant slug slime, avoiding poison darts, and herding undead skeletons. It’s all he knows.

Until an unusual band of adventurers—an acrobatic elf, a warrior with a magic arm, and a giant made of moss—successfully defeat Wily’s traps. And they want the ultimate treasure: Wily himself. His skills can help them invade every other dungeon in the kingdom. He might even aid their fight against the Infernal King, whose gearfolk and prisonauts terrorize the land.

But for a boy who has never been outside, dungeons aren’t nearly as scary as the world above. Or an evil king who builds the trickiest traps of all . . .