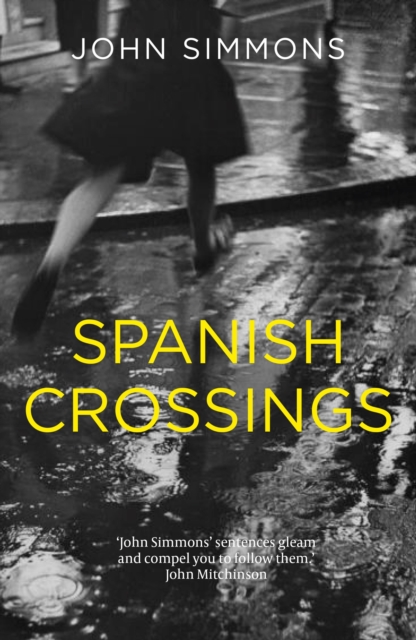 Spanish Crossings is an epic tale of love, politics and conflict, with the yearning but elusive possibility of redemption. A woman's life has been cast in shadow by her connection to the Spanish Civil War. We meet Lorna in Spain, 1937 as she falls in love with Harry, a member of the International Brigade who had been at Guernica when it was bombed. Harry is then killed in the fighting and Lorna fears she might have lost her best chance of happiness. Can she fill the void created by Harry's death by helping the child refugees of the conflict? She finds a particular connection to one boy, Pepe, and as he grows up below the radar of the authorities in England their lives become increasingly intertwined. But can Lorna rely on Pepe as he remains deeply pulled towards the homeland and family that have been placed beyond his reach? Coming through the war, then the post-war rebuilding, Lorna and Pepe's relationship will be tested by their tragic and emotive history.
AutorSimmons, John
EdituraUrbane Publications
Dimensiuni131 x 199 x 29
Data Publicarii22/03/2018
Format Necartonata
Numar pagini400
Aceasta este o carte in limba engleza. Descrierea cartii (tradusa din engleza cu Google Translate) este in limba romana din motive legale.
Spanish Crossings este o poveste epica despre dragoste, politica si conflict, cu dorinta, dar evaziva posibilitate de rascumparare. Viata unei femei a fost aruncata in umbra prin legatura ei cu razboiul civil spaniol.
Ai adaugat Spanish Crossings in cosul de cumparaturi.