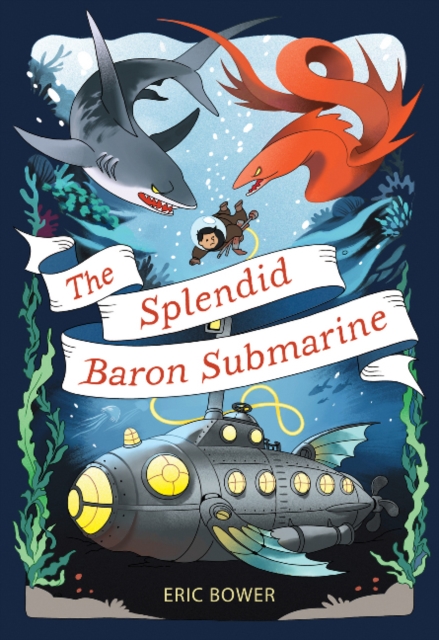 Waldo “W.B.” Baron is back with another amazing adventure in another incredible invention! Pirate treasure? A clandestine meeting? A terribly rude monkey with personal boundary and hygiene issues? Two of those things sound like a dream come true to W.B, whose clever inventor parents are hired―by the Vice President!―to go on a super secret and intensely important treasure hunt to repay a national debt. If only it weren’t for that lousy, rude monkey, it would be the beginning of a perfect adventure. But at least it isn’t squirrels…

The treasure hunt gives the Baron family the opportunity to use their exceptional steam-powered submarine, freshly biggened and ready for adventure! But things are seldom straightforward for the eccentric Baron family, and this treasure hunt is no exception. W.B.’s trademark bad luck has him suffering monstrous marine misfortune and marauding monkey misery.

Can the Baron family embark on their newest adventure without the eggy and depressing Aunt Dorcas? Will the Barons find the treasure they seek? Will they save the country from financial ruin? Where does the monkey fit in, anyway? Do we like asking questions? Not really, but inside you’ll meet someone who likes asking questions and then answering them (despite his claims to the contrary, he really does like it).

Oh, did we mention the pirate’s curse?