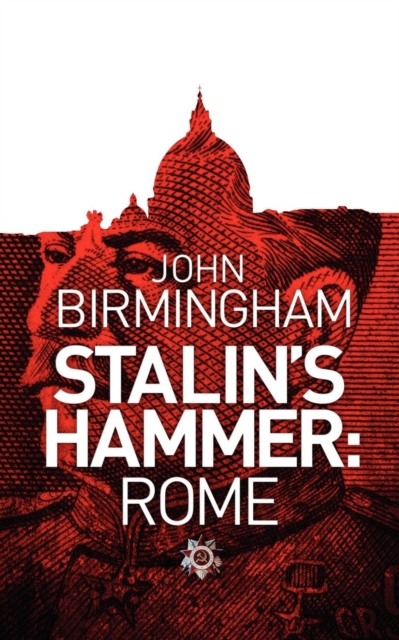 Ten years have passed since Admiral Kolhammer's 21st century battlefleet was dragged into a wormhole and thrown across oceans of time, emerging with disastrous consequences and shattering the history of the Second World War.

Hitler and the Nazis have fallen, Kolhammer sits in the White House, but Stalin rules half of Europe and Asia. The great Soviet engines of state power turn and burn to 'set history right'. Not just of the war, but of all future time.

In Rome with his lover Julia Duffy, an older, mellower Prince Harry is drawn into Stalin's plans when a simple game of spies goes horribly wrong. Underneath the eternal city, former Spetsnaz officer Pavel Ivanov fights a running battle with the NKVD's executioner-in-chief as Stalin's minions fight to preserve the secret of a weapon that could destroy the West with one, fearsome blow.

In Stalin's Hammer: Rome, the first of a series of serialised novellas, John Birmingham returns to the world he destroyed along with the US Fleet at Midway in the Axis of Time series.