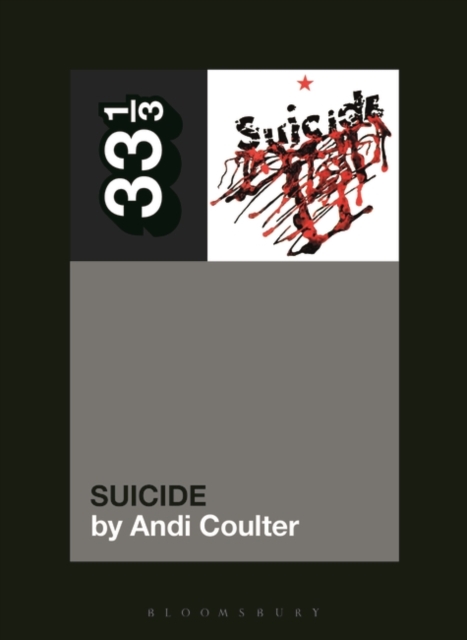 New York City in the 1970s was an urban nightmare: destitute, dirty, and dangerous. As the country collectively turned its back on the Big Apple, two musical vigilantes rose out of the miasma. Armed only with amplified AC current, Suicide's Alan Vega and Marty Rev set out to save America's soul. Their weaponized noise terrorized unsuspecting audiences. Suicide could start a riot on a lack of guitar alone. Those who braved their live shows often fled in fear--or formed bands (sometimes both). This book attempts to give the reader a front-row seat to a Suicide show.

Suicide is one of the most original, most misunderstood, and most influential bands of the last century. While Suicide has always had a dedicated cult following, the band is still relatively unknown outside their musical coterie. Arguing against the idea of the band's niche musical history, this book looks at parallels between Marvel Comics' antiheroes in the 1970s and Suicide's groundbreaking first album. Andi Coulter tells the origin story of two musical Ghost Riders learning to harness their sonic superpower, using noise like a clarion call for a better future.