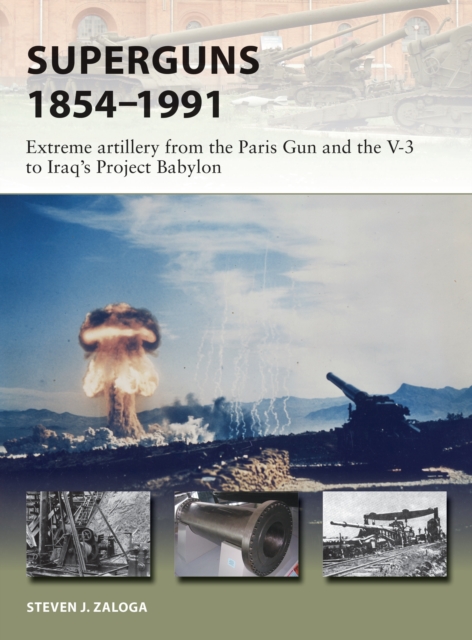 Ever since the mid-19th Century, national militaries have sought to create monster artillery pieces, designed to shatter armies, cities, and fortresses and their morale. Starting with William Armstrong's "Monster Gun" Superguns will then take a look at the Wilhelm Gun that bombarded Paris in World War I, and World War II designs, and the Dora and Arrow guns, including the so-called V-3 London Gun.

During the Cold War both the Americans and Soviets attempted to construct nuclear artillery pieces including the Oka/Kondensator, and the Atomic Cannon. These guns then entered the Space Age, with Dr Gerard Bull's HARP gun and its descendants, including most famously Saddam Hussein's 1m-calibre "Supergun"--Project Babylon. Modern superguns featured also include current efforts at very-long-range magnetic rail-guns, capable of firing shells at seven times the speed of sound.

Using detailed commissioned artwork and contemporary photographs, this fascinating study will examine history's great behemoths that have sought to terrorize armies and civilians for one and a half centuries.