Pagina principala Tanks in the Battle of the Bulge
-16% 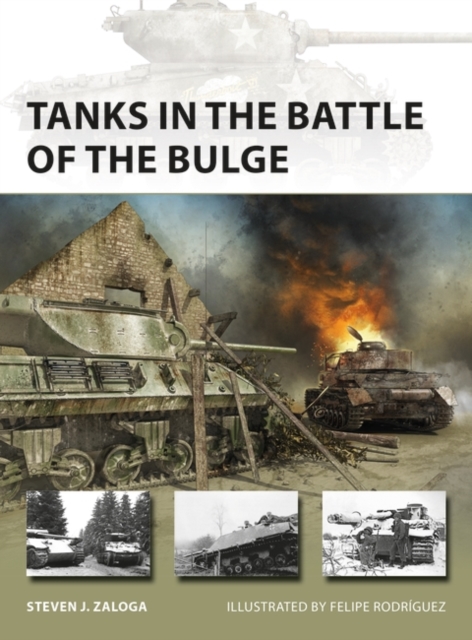 Tanks in the Battle of the Bulge

A new analysis of exactly how Allied and German tanks fought the Battle of the Bulge, one of the great tank battles of World War II.

The Battle of the Bulge raises many questions which, until now, have not been adequately answered: How did the major tank types perform during the battle? What were the specific “lessons learned” from the combat? And did these lessons result in changes to tanks in the subsequent months?

Offering detailed answers to these questions, and many more, this book provides a survey of the principal tank and tank-equivalents (such as tank destroyers and Jagdpanzers) that took part in the Ardennes Campaign of December 1944--January 1945. Beginning with a basic overview of the campaign, accompanied by an order of battle of the major armored units, it examines the opposing forces, covering the organization of the two tank forces to explain how they were deployed. Author Steven Zaloga also scrutinizes the technical balance between the opposing sides, comparing armor, mobility, and firepower as well as other important factors such as reliability, crew situational awareness, and tank layout/efficiency.

Full of specially commissioned and highly accurate artwork plates of the tanks themselves, as well as fascinating technical data based on cutting-edge research, this title is the definitive guide to tank warfare in the Battle of the Bulge.