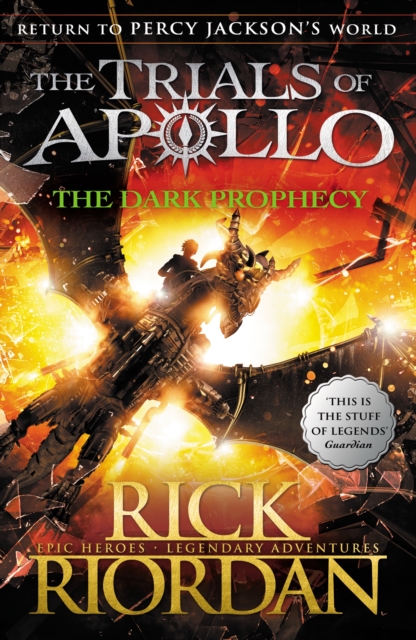 The Dark Prophecy (The Trials of Apollo Book 2)

The second book in the latest series from international bestselling author, Rick Riordan He was once an immortal God, now he's an awkward teenager. Things aren't going well for Apollo. There's only one way he can earn back Zeus' favour, and that's to seek and restore the ancient oracles - but that's easier said than done.

Apollo must head to the American Midwest where, rumour has it, a haunted cave may hold answers. There are a few things standing in his way though. The cave could kill him, or drive him insane.