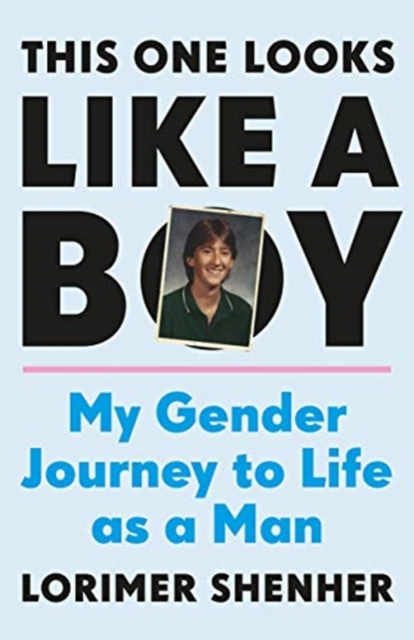 Inspiring and honest, this unique memoir of gender transition and coming-of-age proves it’s never too late to find your true identity.

Since he was a small child, Lorimer Shenher knew something for certain: he was a boy. The problem was, he was growing up in a girl’s body.

In this candid and thoughtful memoir, Shenher shares the story of his gender journey, from childhood gender dysphoria to teenage sexual experimentation to early-adult denial of his identity—and finally the acceptance that he is trans, culminating in gender reassignment surgery in his fifties. Along the way, he details his childhood in booming Calgary, his struggles with alcohol, and his eventual move to Vancouver, where he became the first detective assigned to the case of serial killer Robert Pickton (the subject of his critically acclaimed book That Lonely Section of Hell). With warmth and openness, This One Looks Like A Boy takes us through one of the most important decisions Shenher will ever make, as he comes into his own and finally discovers acceptance and relief.

LORIMER SHENHER is an acclaimed author, public speaker, and advocate for marginalized people and police reform. His first book, That Lonely Section of Hell, detailed his assignment as the first detective on Vancouver’s missing women investigation. It was nominated for several literary prizes and selected as one of the Globe & Mail’s 100 Best Books of 2015.