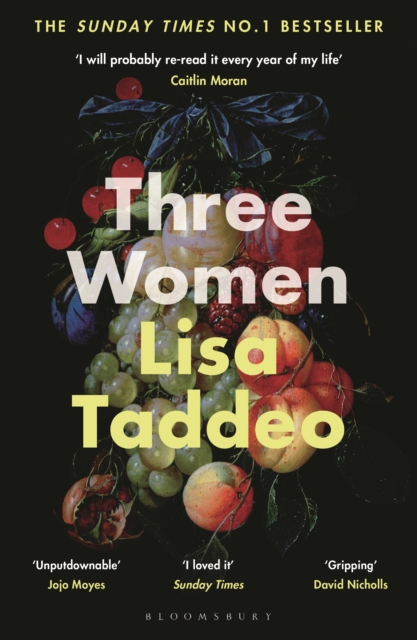 The International No. 1 Bestseller'Cuts to the heart of who we are' Sunday Times'A book that begs discussion' Vanity FairAll Lina wanted was to be desired. How did she end up in a marriage with two children and a husband who wouldn't touch her?All Maggie wanted was to be understood. How did she end up in a relationship with her teacher and then in court, a hated pariah in her small town?All Sloane wanted was to be admired. How did she end up a sexual object of men, including her husband, who liked to watch her have sex with other men and women?Three Women, which was nearly a decade in the making, is a staggering work of non-fiction for our times. *The book Phoebe Waller-Bridge, Alexa Chung, Jodie Comer, Reese Witherspoon, Harry Styles, Fearne Cotton, Caitriona Balfe, Gwyneth Paltrow, Sharon Horgan, Zoe Ball, Rosie Huntington-Whiteley, Davina McCall, Gemma Chan, Christine and the Queens and Gillian Anderson are all reading*'I will probably re-read it every year of my life' Caitlin Moran'Will have millions nodding in recognition' The Times'As gripping as the most gripping thriller' Marian Keyes'When I picked it up, I felt I'd been waiting half my life to read it' Observer'The kind of bold, timely, once-in-a-generation book that every house should have a copy of, and probably will before too long' New StatesmanThe No. 1 Sunday Times BestsellerThe No. 1 New York Times BestsellerFoyles Non-Fiction Book of the YearA Stylist Book of the DecadeThe Most-Picked Book of the Year of 2019
AutorTaddeo, Lisa
EdituraBloomsbury Publishing PLC
Dimensiuni129 x 198 x 28
Data Publicarii09/07/2020
Format Necartonata
Numar pagini416
Aceasta este o carte in limba engleza. Descrierea cartii (tradusa din engleza cu Google Translate) este in limba romana din motive legale.
Cel mai bine vandut international nr. 1 Taie in inima celui care suntem „Sunday Times” O carte care necesita discutii „Vanity Fair” Tot ce isi dorea Lina era de dorit.
Ai adaugat Three Women in cosul de cumparaturi.