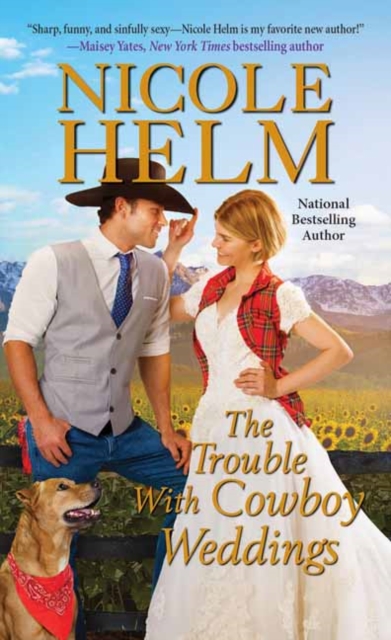 As the middle Tyler brother, Gavin doesn't always have much say in ranch decisions, but when it comes to his heart, he's the only authority. He's loved Louisa "Lou" Fairchild for longer than he can remember, even though they've never been more than friends. But with Lou stuck between the proverbial rock and hard place, Gavin is going to help the way any true friend would--with a proposal of a strictly business-like, in-name-only marriage . . . at least to start.

Lou can't believe her beloved grandmother has backed her up against the wall. The choice between finding a man to marry and letting her no-good father back into the family to run the ranch isn't a choice at all! But when her sister counters with an even less savory idea, Lou knows what she must do--say yes to the only man she's ever trusted. But somehow pretending to be in love with good-natured Gavin suddenly begins to feel alarmingly real--and she downright likes it.

Can a sham marriage become the truest kind of love?

"Perfect for fans of Susan Mallery and Jill Shalvis."--Kirkus Reviews

"A deeply moving contemporary. . . . The protagonists are refreshingly willing to be up front about their feelings and listen to each other, and readers will want to revisit their story often."
--Publishers Weekly STARRED REVIEW