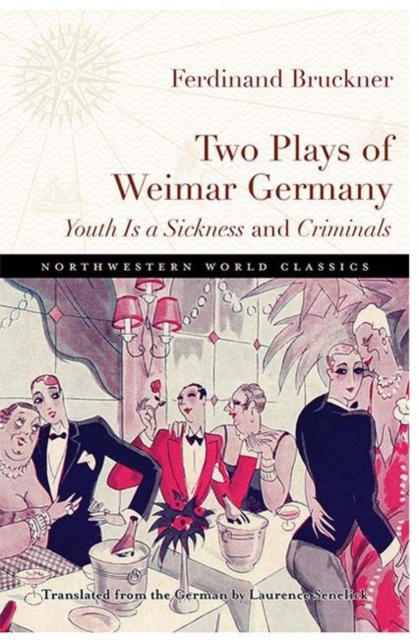 Though his fame was later eclipsed by peers such as Bertolt Brecht, Bruckner was the celebrity dramatist of his time, and a new generation of readers is discovering his groundbreaking plays known for their strong cultural critique and unflinching portrayals of social ills, outcasts, and misfits. Youth Is a Sickness (1924) explores the lives of Germany's "lost generation," those who grew up during and after the cataclysm of the First World War, devoid of hope and ideals, lost in a haze of sex and drugs. Criminals (1926) traces several court cases about a failed double suicide, theft, abortion, and homosexual blackmail, controversial topics for the audience of its time and even today. Its innovative staging and interwoven storylines illuminate the imposed social tensions and legal injustice faced by the characters.

In this expert translation, readers can see Bruckner as a public intellectual, a man committed to commenting on the fate of Germany; humane values; and the past, present, and future in his work. With an introduction by the translator, this volume will be the definitive version for readers, actors, playwrights, and scholars.