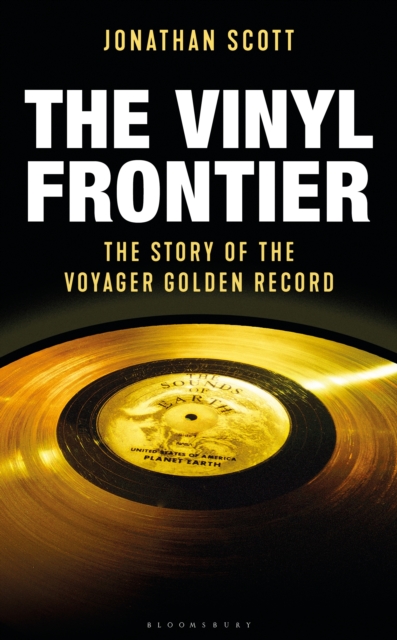 The fascinating story behind the mission, music, and message of NASA's Voyager Golden Record--humanity's message to the stars.

In 1977, a team led by the great Carl Sagan was assembled to create a record that would travel to the stars on NASA’s Voyager probe. The Vinyl Frontier reveals the inside story of how the record was created, from the first phone call to the final launch, when Voyager 1 and 2 left Earth with a playlist that would represent humanity to any future alien races that come into contact with the probe. Each song, sound and picture that made the final cut has a story to tell.

The Golden Record is a 90-minute playlist of music from across the globe, a sound essay of life on Earth, spoken greetings in multiple languages, and more than 100 photographs, all painstakingly chosen by Sagan and his team to create an aliens' guide to Earthlings. The final playlist contains music written and performed by well-known names such as Bach, Beethoven, Chuck Berry and Blind Willie Johnson, as well as music from China, India and more remote cultures, such as a community in Small Malaita in the Solomon Islands.

Through interviews with all of the key players involved with the record, this book pieces together the whole story of the Golden Record. It addresses the myth that the Beatles were left off of the record because of copyright reasons and will include new information about US president Jimmy Carter’s role in the record, as well as many other fascinating insights that have never been reported before. It also tells the love story between Carl Sagan and the project’s creative director Ann Druyan that flourishes as the record is being created.

The Golden Record is more than just a time capsule. It is a unique combination of science and art, and a testament to the genius of its driving force, the great polymath Carl Sagan.