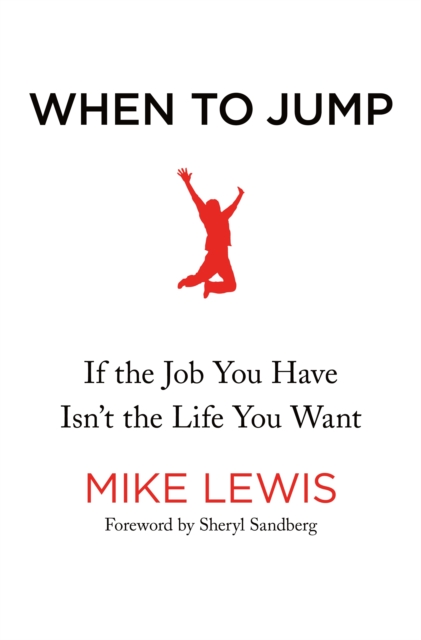 WHEN TO JUMP INTERNATIONAL EDITION

When Mike Lewis was twenty-four and working in a prestigious corporate job, he eagerly wanted to leave and pursue his dream of becoming a professional squash player. But he had questions: When is the right time to move from work that is comfortable to a career you have only dared to dream of? How have other people made such a jump? What did they feel when making that jump--and afterward?

Mike sought guidance from others who had "jumped," and the responses he got--from a banker who started a brewery, a publicist who became a Bishop, a garbage collector who became a furniture designer, and on and on--were so clear-eyed and inspiring that Mike wanted to share what he had learned with others who might be helped by those stories. First, though, he started playing squash professionally.

The right book at the right time, When to Jump offers more than forty heartening stories (from the founder of Bonobos, the author of The Big Short, the designer of the Lyft logo, the Humans of New York creator, and many more) and takeaways that will inspire, instruct, and reassure, including the ingenious four-phase Jump Curve.