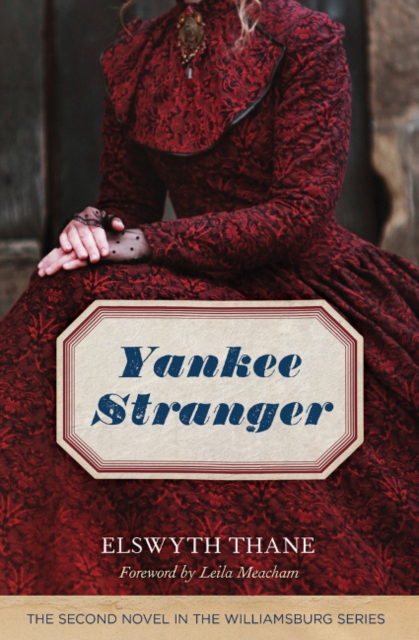 Williamsburg, Virginia, is once more the scene in this second book of Thane's series, but the time is now the 1860s. Some of the characters are the descendants of those in the first novel, Dawn’s Early Light, and Grandmother Day, who was 16 when Cornwallis surrendered at Yorktown, is now 95. Once, she can remember, it was Massachusetts that was threatening to secede instead of South Carolina. And when she was a girl they never seemed to think much about Yankees, one way or the other. But when a Yankee comes to Williamsburg in the tense autumn of 1860 and red-haired Eden Day falls heels over head in love with him, her great grandmother takes the long view—besides, she likes him herself. The story moves from Williamsburg to Richmond to Washington and back again during the dreadful years between Fort Sumter and Appomattox. In addition to the fictitious characters, Jeb Stuart and General Lee, Pickett, Magruder, and Stonewall Jackson are all seen through the eyes of the men who followed them into battle. Like Dawn’s Early Light, Yankee Stranger is full of action and romance, but most importantly, it presents a vivid re-creation of a vanished world.
AutorThane, Elswyth
EdituraChicago Review Press
Dimensiuni136 x 202 x 20
Data Publicarii01/05/2017
Format Necartonata
Numar pagini328
Aceasta este o carte in limba engleza. Descrierea cartii (tradusa din engleza cu Google Translate) este in limba romana din motive legale.
Williamsburg, Virginia, este din nou scena din aceasta a doua carte a seriei lui Thane, dar timpul este acum in anii 1860. Unele dintre personaje sunt descendentii celor din primul roman, Dawn's Early Light si Bunica Day, care avea 16 ani cand Cornwallis s-a predat la Yorktown, are acum 95 de ani.
Ai adaugat Yankee Stranger in cosul de cumparaturi.