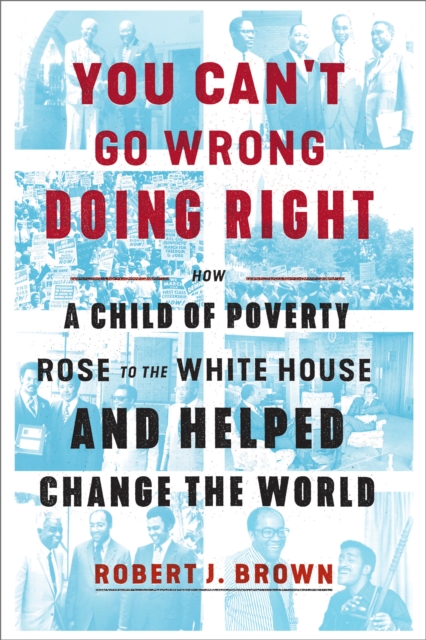 An unforgettable account of a quietly remarkable life, Robert Brown's memoir takes readers behind the scenes of pivotal moments from the 20th century, where the lessons he learned at his grandmother's knee helped him shape America as we know it today.

Called "a world-class power broker" by the Washington Post, Robert Brown has been a sought-after counselor for an impressive array of the famous and powerful, including every American president since John F. Kennedy. But as a child born into poverty in the 1930s, Robert was raised by his grandmother to think differently about success. For example, "The best way to influence others is to be helpful," she told him. And, "You can't go wrong by doing right."

Fueled by these lessons on humble, principled service, Brown went on to play a pivotal, mostly unseen role alongside the great and the powerful of our time: trailing the mob in 1950s Harlem with a young Robert F. Kennedy; helping the white corporate leadership at Woolworth integrate their lunch counters; channeling money from American businesses to the Civil Rights movement; accompanying Coretta Scott King, at her request, to Memphis the day after her husband had been shot; advising Richard Nixon on how to support black entrepreneurship; becoming the only person allowed to visit Nelson Mandela in Pollsmoor prison in Cape Town.

Full of unbelievable moments and reminders that the path to influence runs through a life of generosity, YOU CAN'T GO WRONG DOING RIGHT blends a heartwarming, historically fascinating account with memorable lessons that will speak to the dreamer in all of us.