Pagina principala New Spring : A Wheel of Time Prequel (soon to be a major TV series)
-11% 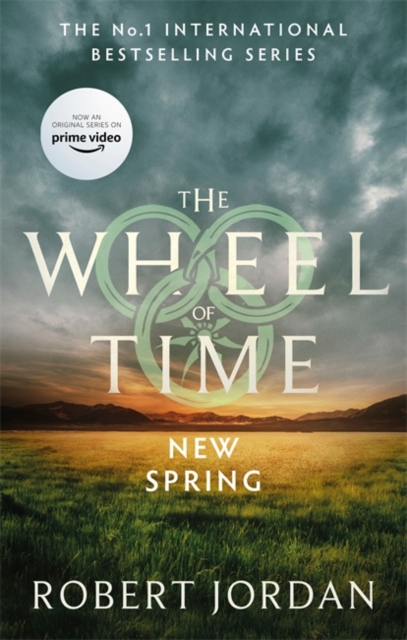 New Spring : A Wheel of Time Prequel (soon to be a major TV series)

The prequel novel to the globally bestselling Wheel of Time series - a fantasy phenomenonThe city of Canluum lies close to the scarred and desolate wastes of the Blight, a walled haven from the dangers away to the north, and a refuge from the ill works of those who serve the Dark One. Or so it is said. The city that greets Al'Lan Mandragoran, exiled king of Malkier and the finest swordsman of his generation, is instead one that is rife with rumour and the whisperings of Shadowspawn.

Proof, should he have required it, that the Dark One grows powerful once more and that his minions are at work throughout the lands. And yet it is within Canluum's walls that Lan will meet a woman who will shape his destiny. Moiraine is a young and powerful Aes Sedai who has journeyed to the city in search of a bondsman.

She requires aid in a desperate quest to prove the truth of a vague and largely discredited prophecy - one that speaks of a means to turn back the shadow, and of a child who may be the dragon reborn. 'Epic in every sense' - Sunday Times'With the Wheel of Time, Jordan has come to dominate the world that Tolkien began to reveal' New York Times'A fantasy phenomenon' SFXThe Wheel of TimeThe Eye of the WorldThe Great HuntThe Dragon RebornThe Shadow RisingThe Fires of HeavenLord of ChaosA Crown of SwordsThe Path of DaggersWinter's HeartCrossroads of TwilightKnife of DreamsThe Gathering StormTowers of MidnightA Memory of LightNew Spring (prequel)