Pagina principala Crossroads Of Twilight : Book 10 of the Wheel of Time (soon to be a major TV series)
-33% 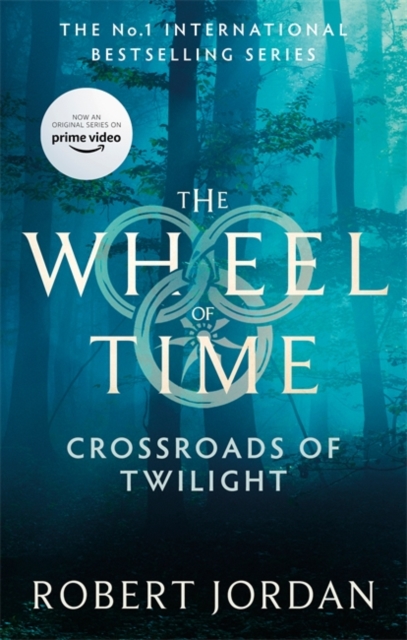 Crossroads Of Twilight : Book 10 of the Wheel of Time (soon to be a major TV series)

Soon to be a major Amazon Prime TV series The tenth novel in the Wheel of Time series - one of the most influential and popular fantasy epics ever published. Fleeing from Ebou Dar with the kidnapped Daughter of the Nine Moons, Mat Cauthon learns that he can neither keep her nor let her go, for both the Shadow and the might of the Seanchan empire are now in deadly pursuit. At Tar Valon, Egwene al'Vere lays siege to the White Tower.

She must win quickly, with as little bloodshed as possible, for unless the Aes Sedai are reunited only the male Asha'man will remain to defend the world against the Dark One. Meanwhile, Rand al'Thor must gamble again, with himself at stake - not knowing which of his allies are really enemies. 'Epic in every sense' Sunday Times'With the Wheel of Time, Jordan has come to dominate the world that Tolkien began to reveal' New York Times'[The] huge ambitious Wheel of Time series helped redefine the genre' George R.R. Martin'A fantasy phenomenon' SFXThe Wheel of TimeThe Eye of the WorldThe Great HuntThe Dragon RebornThe Shadow RisingThe Fires of HeavenLord of ChaosA Crown of SwordsThe Path of DaggersWinter's HeartCrossroads of TwilightKnife of DreamsThe Gathering StormTowers of MidnightA Memory of LightNew Spring (prequel) The Wheel of Time Companion