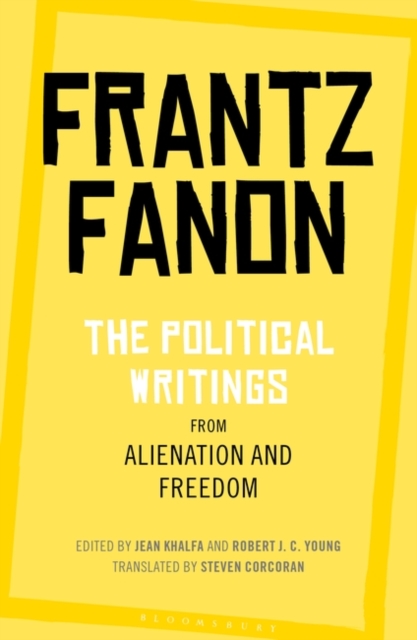 Political Writings from Alienation and Freedom

Frantz Fanon's (1925-61) political impact is difficult to overestimate. His anti-colonialist, philosophical and revolutionary writings were among the most influential of the twentieth century. The political essays, articles and notes published in Alienation and Freedom: The Political Writings cover the most active period of his life, from the publication of White Skin, Black Masks in 1952 - when he was twenty-eight years old - to that of The Wretched of the Earth, the appearance of which in 1961 coincided, give or take a few days, with the date of his death from leukaemia at the age of thirty-six.

These political writings represent the sheer breadth and diversity of Fanon's work and this volume is original in that it contains his earliest works to survive, the plays The Drowning Eye and Parallel Hands, which expose an early preoccupation with identity and socio-political consciousness. His writings from Algeria are the most politicised however and are notable for their inflection with Fanon's support for the country's fight against French colonial rule. Indeed, as his role in treating both French and Algerian soldiers grew evermore untenable, his words became more impassioned and represent his decision to cast off his assimilationist upbringing and dedicate himself to revolution.

The insights these works provide give a new depth and complexity to our understanding of Fanon's entire oeuvre and reveal how his powerful thinking about race, identity and activism remain pertinent to modern society. Shedding new light on the work of a major twentieth-century philosopher, this disruptive and moving work will shape how we look at the world.