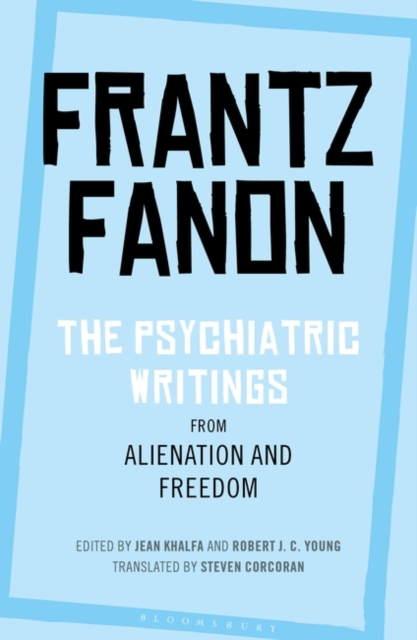 Psychiatric Writings from Alienation and Freedom

Frantz Fanon's career as a psychiatrist had a crucial impact upon his thinking as an anti-colonialist thinker and activist. Indeed, much of the iconic writing in The Wretched of the Earth is shaped by his powerful experiences as a young doctor working in hospitals in France, Algeria and Tunisia.

The writing collected here, written during his professional career as a neuro-psychiatrist between 1951 and 1960 and in parallel to his political work, reveals much about how Fanon's thought developed. The trajectory of this volume shows that for him, it was increasingly impossible to separate a human's surrounding culture from their psychopathology, and most essentially, from their development of mental illness. Ethnopsychiatry was influenced by its surroundings, and in Algeria, Fanon noted that they were decidedly colonial, arguing that for his North African and largely Muslim patients, treatment within the standard Eurocentric psychiatric-hospital system was therefore ineffective. For Fanon then, his psychiatric practice represented only part of a much larger struggle.

Although he enjoyed the life of a revolutionary, an ambassador and a journalist, as soon as freedom was won, Frantz Fanon's plan was to devote the next part of his life to psychiatric work and the resolution of psychiatry's institutional and ethnocultural problems. This volume elucidates then, how it is completely impossible to separate his political, revolutionary and literary lives from the psychiatric practice and writings that indelibly shaped his thinking about oppression, alienation and the search for freedom.