Pagina principala The Path Of Daggers : Book 8 of the Wheel of Time (soon to be a major TV series)
-44% 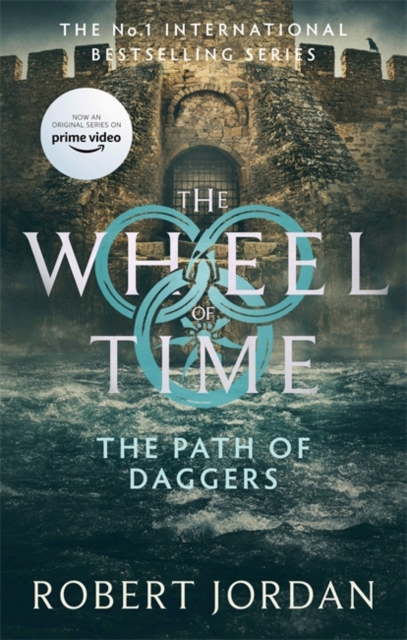 The Path Of Daggers : Book 8 of the Wheel of Time (soon to be a major TV series)

Soon to be a major Amazon Prime TV series The eighth novel in the Wheel of Time series - one of the most influential and popular fantasy epics ever published. Rand al'Thor, the Dragon Reborn, has conquered the city of Illian, struck down Sammael the Forsaken and shattered the armies of the invading Seanchan. Nynaeve, Aviendha and Elayne have broken the Dark One's hold on the world's weather and are poised to retake the throne of Andor.

And Egwene al'Vere, leader of the exiled Aes Sedai, marches her army towards the White Tower. But Rand and the Asha'man that follow him are slowly being corrupted by the madness that comes to the male wielders of the One Power. If they cannot remove the Dark One's taint from the True Source then none will survive to fight the Last Battle against the Shadow.

And as Rand struggles to maintain his sanity the Seanchan launch their counter-strike. 'Epic in every sense' Sunday Times'With the Wheel of Time, Jordan has come to dominate the world that Tolkien began to reveal' New York Times'[The] huge ambitious Wheel of Time series helped redefine the genre' George R. R.

Ai adaugat The Path Of Daggers : Book 8 of the Wheel of Time (soon to be a major TV series) la lista ta de produse favorite.